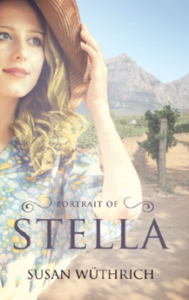 I loved this story from the beginning when Gemima finds out that her birth certificate is a forgery. The story spans two different times which took a bit of getting used to for me. The first timeline is that of Gemima searching for the truth of her birth and the second one goes back in time and follows the events of her mother, Stella.

At times the story is sad and tragic and the history of apartheid is covered well and I learned a lot more about the era. I followed the protests about Nelson Mendela’s imprisonment over many years but the experiences that people like Stella and even Gemima had were insufferable.

Could have been a saga trilogy

Initially I found the moving from one time to another tricky but I think the author introduced it in a creative way and made it a good read. I think the book could have been told in two or three parts as a family saga but it was an intriguing and enjoyable read.

It could have done with a further proofread as there are a number of typos which, although they don’t take away from the story, they can be irritating from a reader’s perspective.

I still think this is a great story though and loved it. It has a bit of everything included from World War II to the year 2000 and spans three generations and three continents which is why I think it could have been three books.