Forty years ago today, I embarked on the trip of a lifetime. A friend and I set off for Asia and visited eight countries over three months. This is extract from the journal I kept is from day one. I’m keeping it pretty much as I wrote it, so not making too many corrections.

Well, today’s the big day. Woke up at 9:30am following a wonderful sleep. Who knows whether we’ll sleep tonight, perhaps not!

We have slight hassles at the moment, our reliable travel agent, alias Mr Messy hasn’t quite sorted out our insurance correctly, we haven’t got the premium in other words – so it’s 12 midday and we’re off to Regent St to collect it. It’s all part of what’s going to be a totally disorganised holiday for two in Asia. Perhaps we should have gone for two weeks to Bognor Regis!

Poor old J is having ladies problems at the moment! Went to travel agent and sorted out insurance (sigh!). Also gained his father’s address in Delhi. One more for the road.

Arrived at Heathrow at 1:30pm and checked in. Having a quiet time preparing ourselves for the flight.

3:30pm passed through customs. J was searched on her way through by a lady who was rather sour faced and she became even more unhappy when I laughed at the prospect of J being towed away before we even set off! We’re now sitting in the boarding lounge waiting to board a rather ferocious looking aeroplane which has its nose staring through the window at us.

4:40pm boarded the plane five minutes later than takeoff. Fortunately it didn’t take off before us. 5pm we’re off!

Landed at Frankfurt airport at 6:30pm and went for a walk around the airport. Due to take off for Dubai at 8:20pm local time (7:20 UK time). 9pm flew into darkness and suppers came round. I thought it would be OK being vegetarian on Pakistani Airlines but it’s a little more difficult. Still I managed to get a dish with rice and vegetables although I almost burnt my mouth out with a green chilli pepper.

They showed ‘Arthur’ on a screen on the aeroplane. I thoroughly enjoyed seeing that again. The film finished at 11:30 pm. Have now been flying for 6 hours without a break. 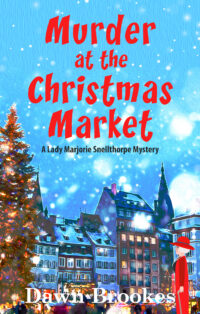