During these challenging times, I’m sure we all need a little light relief and to that end, I’m pleased to announce that Murderous Cruise Habit is available for kindle and in paperback. Large print and audiobook versions are in the production line and will be available soon. I’ve just finished production of a large print version of A Christmas Cruise Murder which will be available soon.

My illustrator is working on illustrations for Suki Seal and the Plastic Ring, the latest of my children’s picture books. I’ll keep this page updated with progress.

Book 6 of the Rachel Prince Mysteries, Murderous Cruise Habit has now gone for its editing rounds before release on 25th March. You can preorder the eBook now on Amazon and the paperback version will be coming soon. Suki Seal and the Plastic Ring will be available soon.

Work on the first Carlos Jacobi PI book is progressing and the book will soon be available for preorder for release in December.

Book 7 in the Rachel Prince Mysteries will be released in June or July 2020.

As I look forward to 2020, I have taken a look back at 2019, a busy and productive year for me as an author. I have just finished a children’s book, Suki Seal and a Plastic Ring highlighting the dangers of plastic on our environment. This book has gone away for editing and illustrating and will be available towards the end of January.

I am currently writing book 6 of the Rachel Prince Mystery series, Murderous Cruise Habit which will be released in March this year.

Fourth book launch of the year!

2019 has been a busy, but productive, year and I’m happy to say that I have just launched book 5 in the Rachel Prince Mystery series in time for Christmas. It was touch and go for a while as to whether I would finish it in time because – in a moment of madness – I started an MA in Creative Writing in September. I’m proud to say that in spite of being overwhelmed with studying I have managed to release two books as planned during the final quarter of the year!

I hope you enjoy A Christmas Cruise Murder as much as I enjoyed writing it. Early reviewers have caused me to blush with pride (a rare thing) with their kind comments.

Hurry up Nurse 3 is available now. I have recently returned from a Baltic Cruise and am currently writing A Christmas Cruise Murder and hoping for a December release – watch this space! Book 5 takes place during a cruise to the Canaries for the holiday season.

I’ve just launched the fourth book in the Rachel Prince Mystery series called Dying to Cruise. It’s already a bestseller in the Hot New Releases category thanks to readers.

Many readers of my Hurry up Nurse series have been patiently waiting for me to release book 3. The good news is that its now available for preorder and is almost complete. I decided to get my head down and fulfil the promise to readers who enjoy that series. Hurry up Nurse 3: More adventures in the life of a student nurse will be the last in series. Does that mean there will be no more vocational memoirs? No, there will be at least one more covering my life as a district nursing sister and community matron so watch this space.

I have just approved the Audiobook files for Killer Cruise and this will be available very soon. Dying to Cruise will be going to my narrator, Alex Lee in the near future.

I am hoping to have the fifth in the Rachel Prince mystery series out for Christmas so will be working hard to achieve that goal over the next few months.

Dying to Cruise #4 in the Rachel Prince Mystery series is currently with my editor. The next stage is to do a final edit and proofread before sending out ARCs to advance readers who have volunteered to read a copy before publication day on 1st August.

I have just started listening to the audio files of Killer Cruise, back from the amazing narrator Alex Lee!

Also taking time out to watch Wimbledon, my favourite two weeks of the year and the not so pleasant clear out of garage! How do garages get so full of junk?? 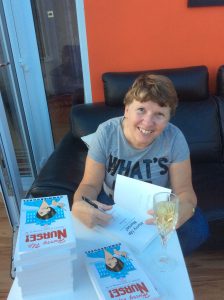 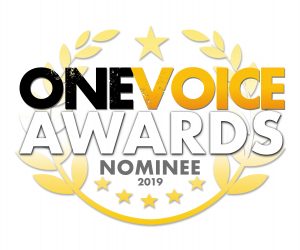 Did you know my narrator, Alex Lee is up for an award? She has been shortlisted down to last 6 from 2,400 nominees! You can grab a copy of the audiobook for FREE if you’re not already and audible member. Just click on the link above if you’re in the UK or go to my audiobooks page if you’re in the USA. 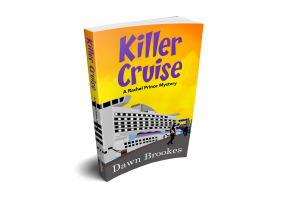 Killer Cruise, book 3 in the Rachel Prince mystery series. Crew aboard the fictional Coral Queen find themselves stretched to the limit by the antics of a Queen tribute act, a troublesome stag party and a group of excitable female cheerleaders.

PC Rachel Prince, cruise ship sleuth is wondering if she will ever enjoy a peaceful voyage when an unpopular man dies under suspicious circumstances.

After agreeing to accompany Lady Marjorie Snellthorpe on a cruise around the Baltics, Rachel and Marjorie find themselves surrounded by an array of suspicious characters with plenty of motive for killing the despised victim. The man’s death was unlikely to be an accident according to the chief of security, and Lady Snellthorpe is keen to test her sleuthing skills.

Sarah, cruise ship nurse and Rachel’s best friend is keen to keep Rachel out of harms way as is Chief Waverley but it’s a case of the irresistible force meets the immovable object when there’s a mystery to be solved. Spurred on by the incorrigible Marjorie who is keen to interfere, Waverley and Sarah find themselves out of their depth.

As the man appeared to have more enemies than friends, the mystery tests Rachel to the limit. She finds herself in danger as she tries to keep Lady Marjorie safe while solving the crime.

This book should come with a ‘can’t put down’ health warning! Editorial Review. 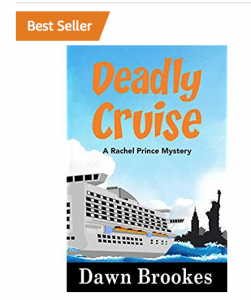 A Russian tour group, a dead body, and conflict in the medical centre. What more could you ask for in a second great adventure for Rachel Prince?

Chief of Security Jack Waverley is keen to keep Rachel out of any investigation but reluctantly needs to pick her brains.

Will Rachel ever have a relaxing cruise holiday?

Your guess is as good as mine!

What readers say about book 1

Kept me engaged from beginning to end. Good suspenseful read

Perfect for the holiday season

Would you like a signed copy for Christmas? Buy now! 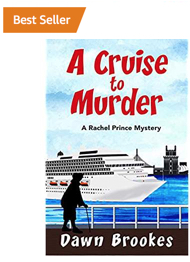 If you love a murder mystery with plenty of red herrings, this debut novel by Dawn Brookes is just what you need.

A cruise should be the perfect remedy for Rachel Prince who has been ditched by the man she was engaged to marry!

That’s what her best friend, Sarah suggested when she invited Rachel to join her on the cruise ship where she works as a nurse. It would have been the ideal getaway if there wasn’t a potential murderer on the loose.

Goodreads reviews for A Cruise to Murder

Gerry the One-Eared Cat: don’t let bullies get you down! 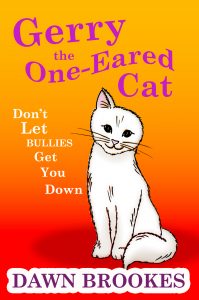 A children’s book following the struggles of a one-eared kitten who finds, as he grows up that the world is tough if you look different. Gerry is ostracised due to his appearance. The local cats alienate him and call him names. Gerry longs to find acceptance and be part of the crowd but he learns how to overcome bullying from an unlikely source. This entertaining story addresses issues of bullying and diversity. 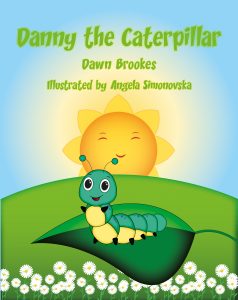 An enchanting story for lovers of A Very Hungry Caterpillar

Early one spring morning, Danny the caterpillar emerges from the safety of his egg. Danny soon discovers what it is like being a small caterpillar in a big world!
He makes new friends while sitting on his leaf and a particularly attractive female caterpillar catches his eye! Mostly though, he eats and eats. Amazing things will happen to him as he grows, but first he must stay safe.
A wonderful, feel good story of nature, ideal for springtime but children will enjoy it throughout the year. 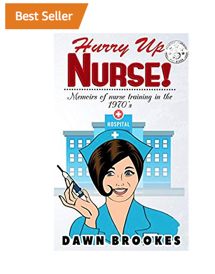 Everything you need to know about how to invest in property and how to be a landlord.

The only book you will need to get started as a property investor.